Located between two major California fault lines, the seismically resilient East Span is the world’s longest single-tower, self-anchored suspension bridge. The eastern span replacement of the San Francisco–Oakland Bay Bridge was a construction project to replace a seismically unsound portion of the Bay Bridge with a new self-anchored suspension bridge (SAS) and a pair of viaducts. 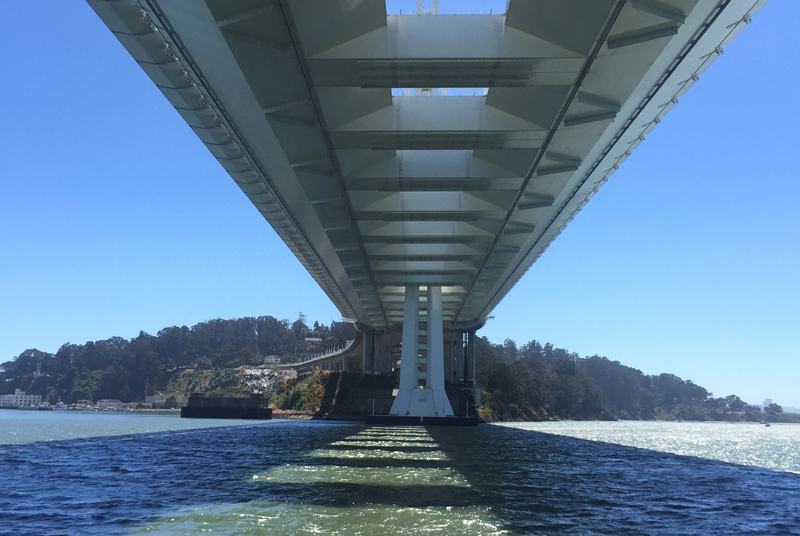 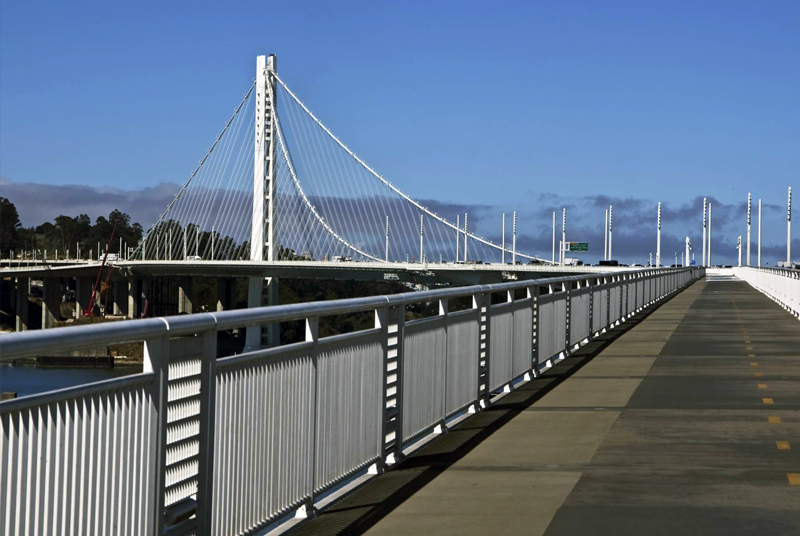 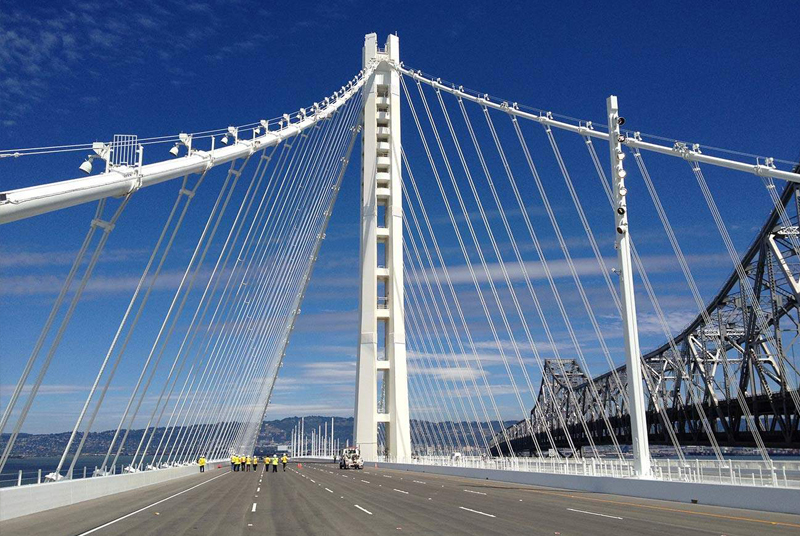 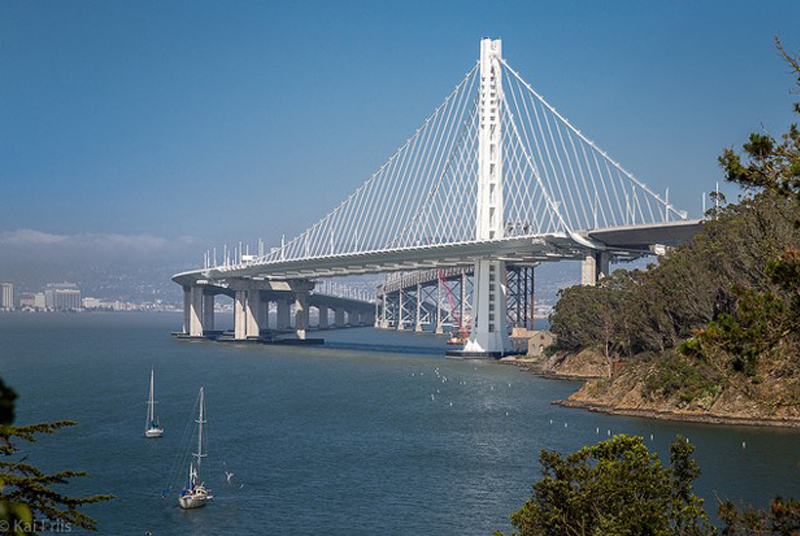 The 2013 opening of the new East Span on the Bay Bridge added another jewel to the collection of architectural and engineering gems that adorn San Francisco Bay. The Bay area is known worldwide for some of the planet’s most diverse communities of wildlife and plants. Working with environmental groups to protect the marine mammals, birds, and fish that live in and around the Bay, the project team developed a comprehensive program to protect the Bay Area’s fragile environment, especially during construction activities. 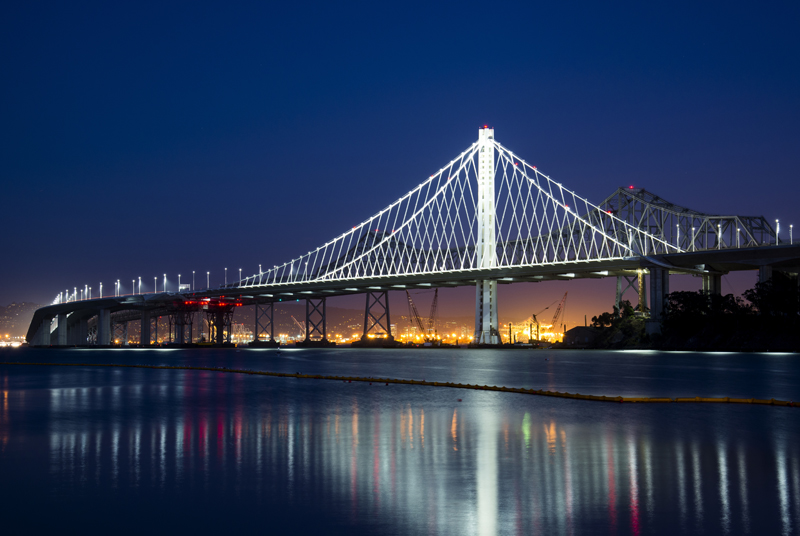 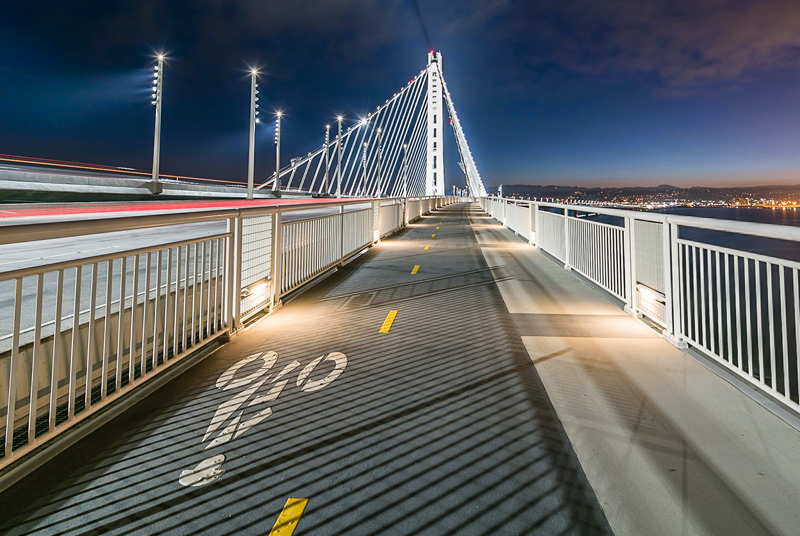 Remarks: The 2,050-foot cable-stayed section is the first-ever, single-tower, self-anchored suspension (SAS) bridge that includes the world's largest cable saddle on top of the steel tower at 495 feet.

The East Span project represents tremendous breakthroughs in bridge design and engineering, answering the complex challenges of the region’s seismicity, the San Francisco Bay’s formidable geological features, and community demand for a landmark structure. As a lifeline structure, the East Span is designed to withstand the strongest ground motions engineers can expect in a 1,500-year period.

The most significant challenge was the region’s seismicity. The main architectural feature of the East Span is the 525-foot-tall tower of the SAS. Using leading research on shear link beams used in eccentrically braced building frames, the tower was designed to comprise four steel legs connected by shear link beams. These beams allow the legs to move independently during an earthquake, keeping the tower elastic enough to resist catastrophic damage to the main bridge structure while keeping the tower rigid enough to stay upright. The SAS is the first bridge of any kind to use fusible shear links in its tower to protect tower shafts during a seismic event.

The goal of this ambitious project was the replacement of the eastern span of the Bay Bridge between San Francisco and Oakland, California. Innovative solutions for bridge repair after an earthquake were also built into the design, which saves on costs, minimizes disruptions to traffic and enhances the safety of maintenance workers. These advances in design and engineering provide the highest levels of seismic safety, functionality, and aesthetics.