The project included the design and construction necessary to convert the existing High Occupancy Vehicle (HOV) lanes to Managed Lanes in both the northbound and southbound directions of a 7.4-mile section of I-95 from north of Commercial Blvd to the south of SW 10 St in Broward County, FL. The Express Lanes were implemented congestion-based toll pricing along the corridor. 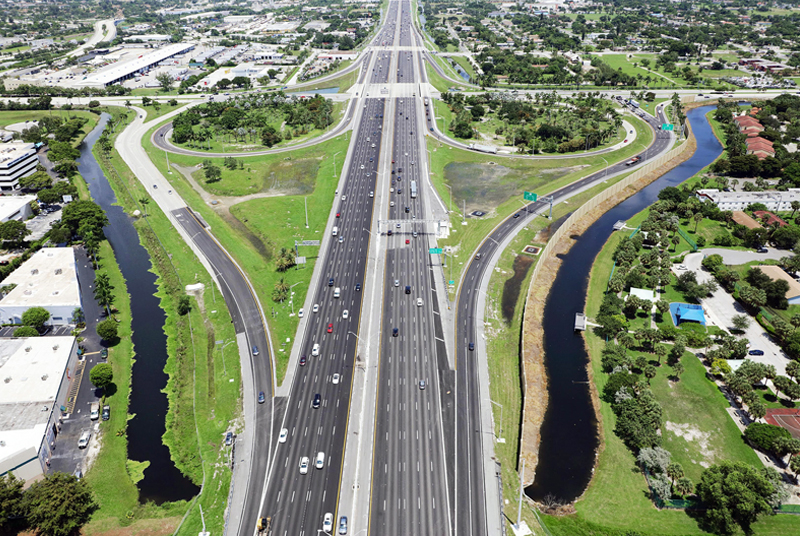 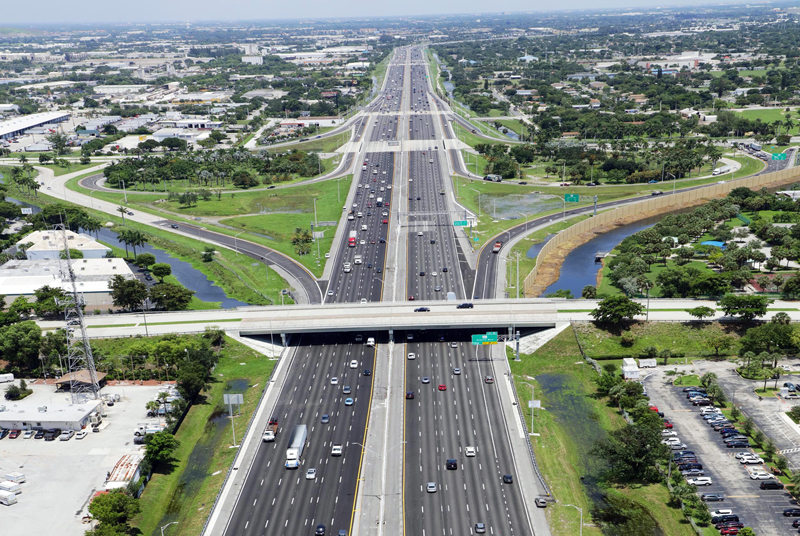 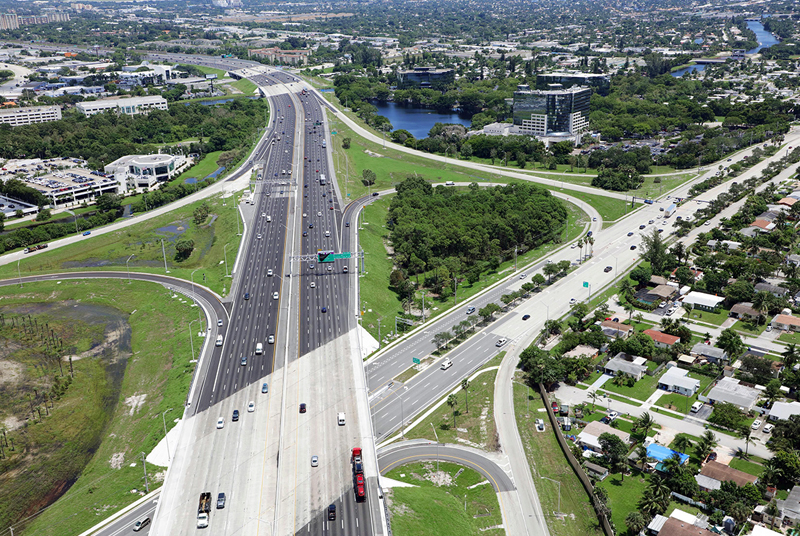 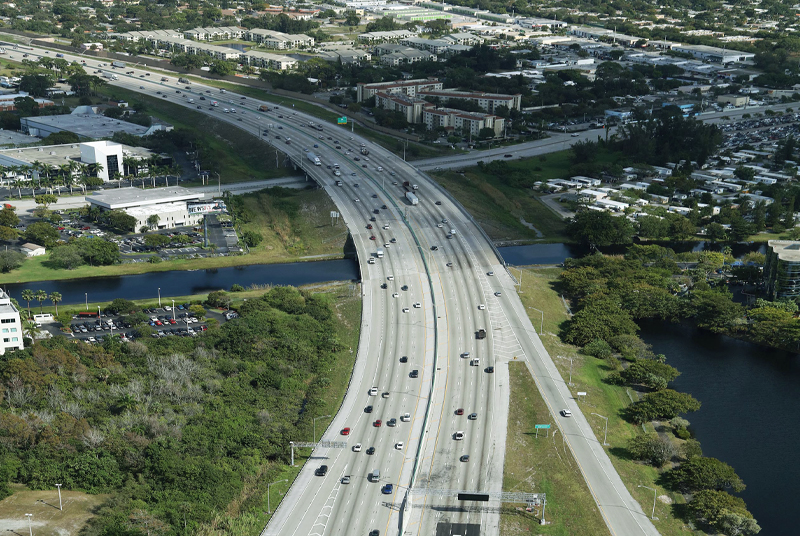 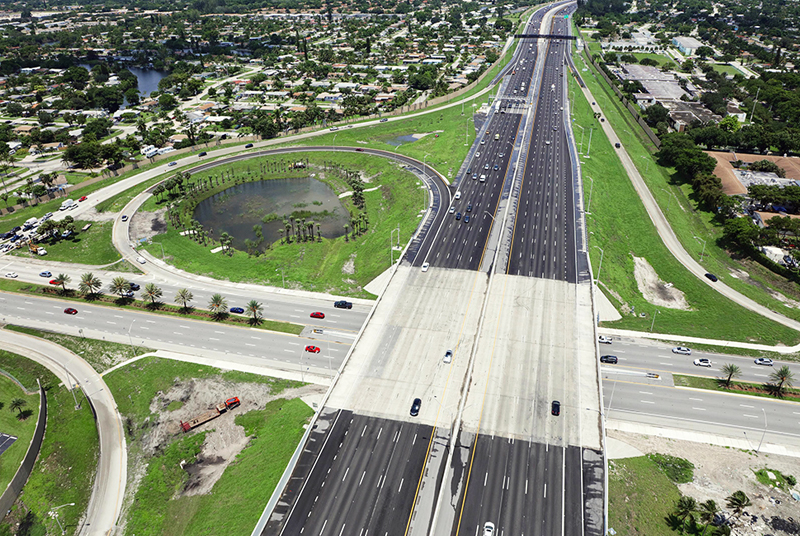 Remarks: It was completed approximately 5 to 6 months ahead of schedule while also meeting every milestone and planned incentives.

Also, in charge of monitoring the pre- and post-storm events for Hurricanes Matthew and Irma and preparing supplemental agreements for associated costs and time. The bridges consisted of 24” prestressed piling, footings, columns and caps. The superstructure utilized Type II AASHTO beams for the widenings and 45” Florida “I” beams for the new bridges. Span lengths typically observed were around 110ft for the new bridges and 60ft to 80ft for the widening. Part of the project also included a new 261 ft-long steel pedestrian bridge that spanned I-95 in two, 130 ft-long sections.

While the department made every effort to minimize impacts to motorists, it was necessary to close travel lanes and detour traffic at various times and locations to complete project-related work safely.

The goal of the I-95 Express is to keep traffic moving at an average speed of 65 mph in the express lanes. Toll rates are displayed on electronic message signs so motorists can choose to use the Express Lanes or stay in the non-tolled general use lanes. Tolls are collected electronically by an “open road tolling” (ORT) system – no toll booths and no stopping to pay.