The Boston Central Artery included many viaducts and ramps, divided into multiple manageable and coordinated construction contracts. The segments were erected using both the balanced cantilever and span by span methods. The project included the I-93/I-90 Interchange, Southbound Viaducts, and Ramps, consisted of 1,900 ft. of segmental concrete ramp structures integral to the I-90 mainline through Boston. It also included: 1 ramp of precast segments erected using a span-by-span method with overhead gantry (approximately 84 segments) and 2 ramps of precast segments erected using a balanced cantilever method (approximately 120 segments). 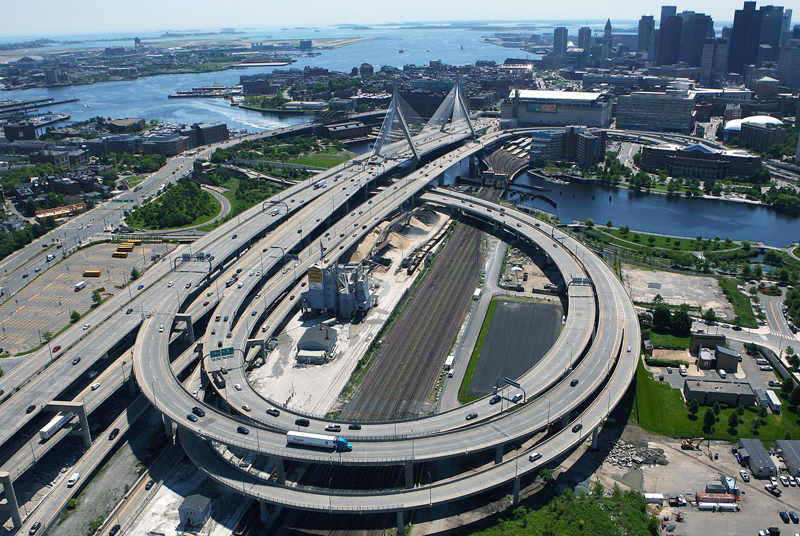 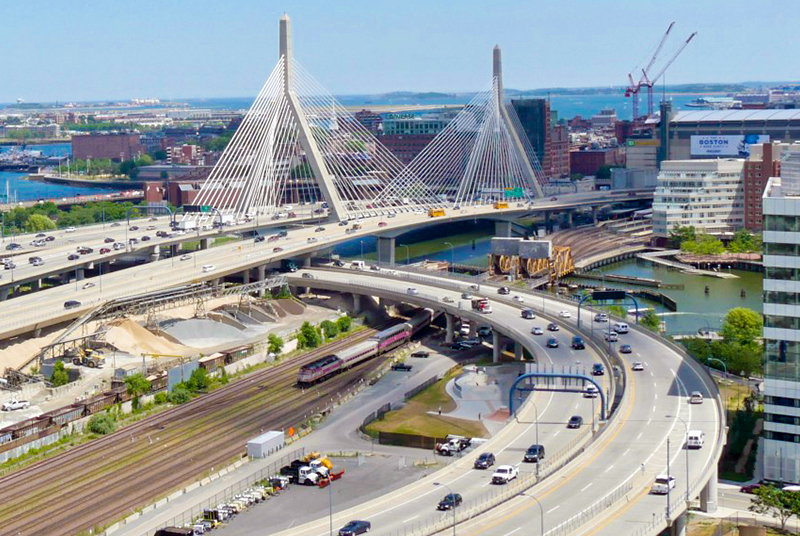 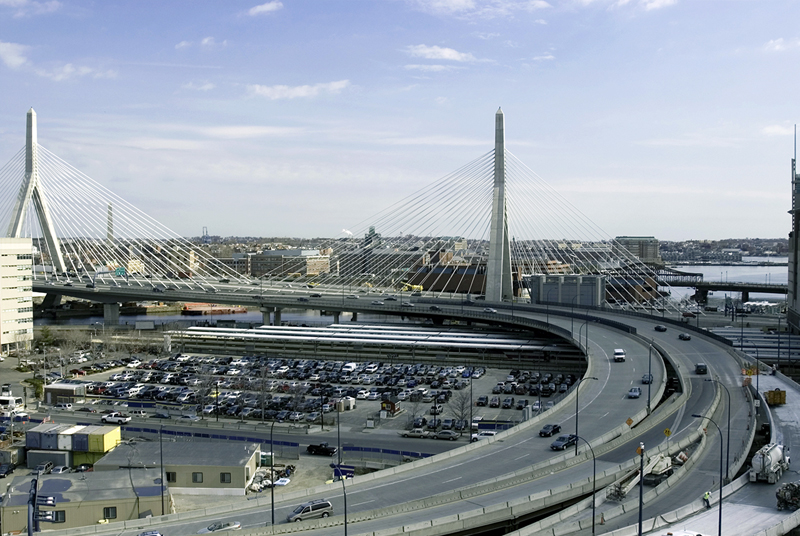 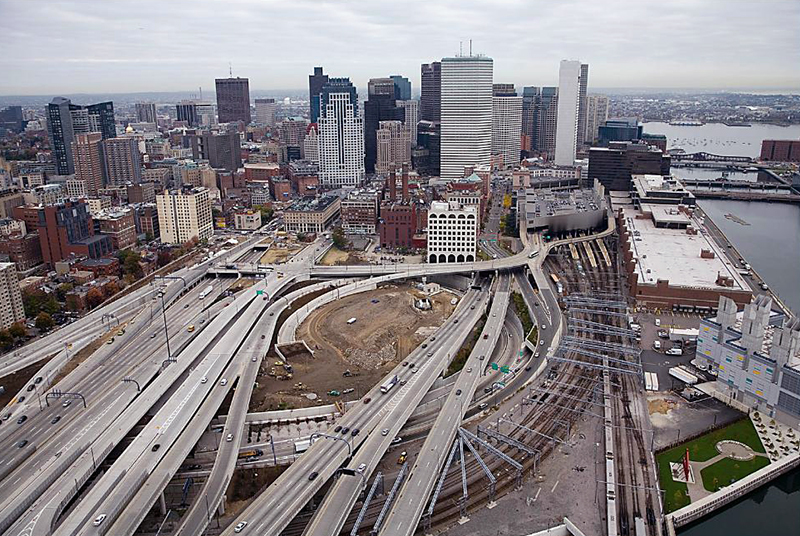 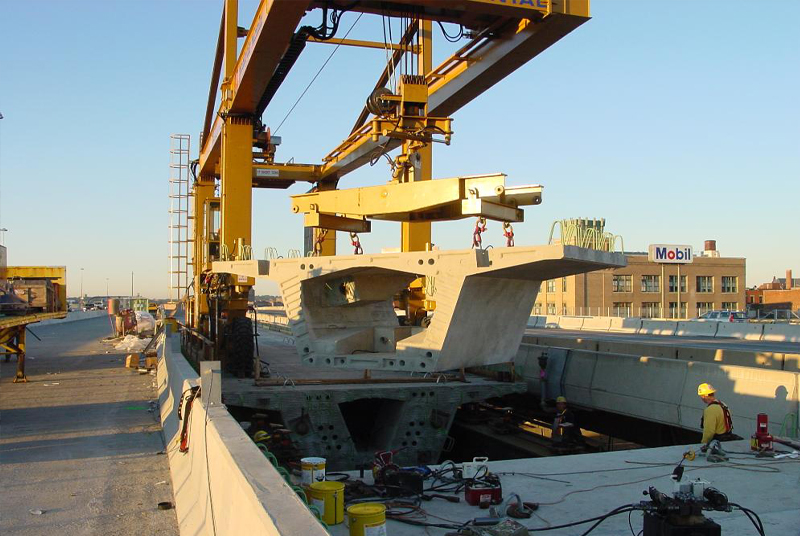 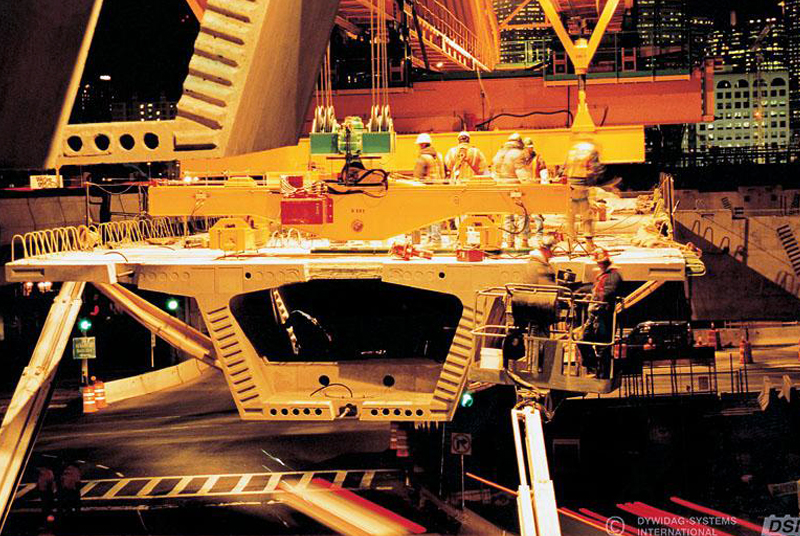 The Big Dig combines the Central and Southbound Central Artery, along with the Leonard P. Zakim Bunker Hill Bridge, Leverett Circle Connecter Bridge, and the Ted Williams Tunnel which is considered to be one of the most technically-challenging infrastructure developments and ever undertaken in the US. 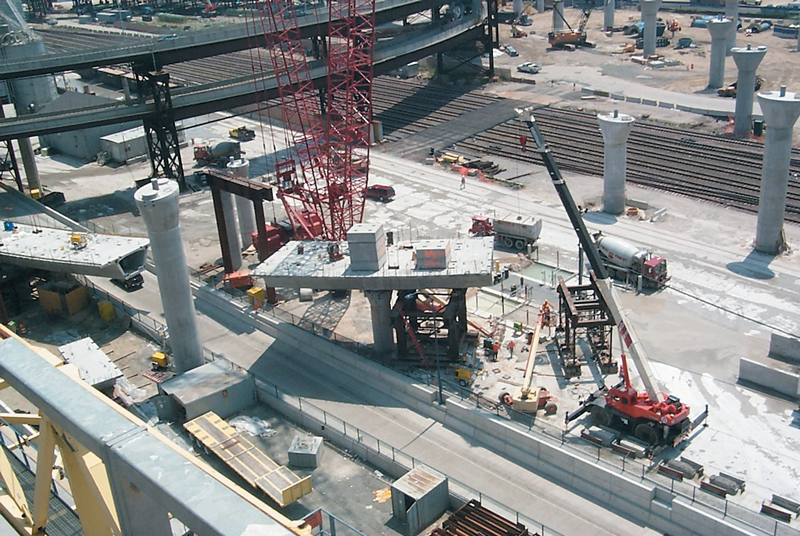 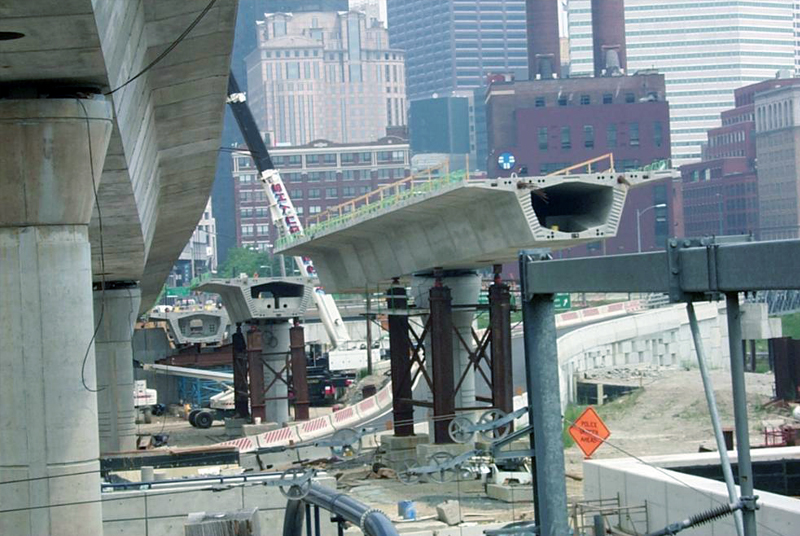 Remarks: The concrete alternate design saved the Owner $27 million over the steel design

A 2003 National Finalist in the Engineering Excellence Awards from the American Council of Engineering Companies, these multi-level ramps and viaducts efficiently move 200,000 cars daily into and out of Boston’s “Big Dig. The $187 Million project features the tightest curvature of any precast concrete segmental bridge in America with horizontal curve radii down to 212’. The total bridge deck area is 520,000 square feet. Spans ranging from 100’ to 200’ were built in span-by-span and balanced cantilever construction over numerous active railroad lines and roadways.

Erection is proceeding for both the “loop ramps” built-in balanced cantilever and the mainline viaduct built span-by-span. The cantilever construction has been very challenging due to the tight radii (as small as 200-ft.), night construction over railroad tracks and temporary detour roads, and limited access for temporary supports. Some cantilevers required counterweights up to 150-tons and an elaborate tie-down system to stabilize the cantilever during construction. In some cases, temporary shoring towers could not be placed on one side of the pier, so the cantilever must be erected “heavy” to one side only. Counterweights are also used along the cantilever to reduce the out-of-balance moment.

The I-93 Viaducts and Ramps are an important part of the Big Dig project, this massive road infrastructure project which was undertaken to improve the flow of traffic, alleviating chronic congestion across Boston and the surrounding commuter areas, and to replace the outdated elevated Central Artery road that effectively split the city in half, alienating the North End and Waterfront neighborhoods from the economic life of the city. These multi-level ramps and viaducts efficiently move 200,000 cars daily into and out of Boston’s “Big Dig.