“The Leonard P. Zakim Bunker Hill Memorial Bridge, part of The Big Dig" Project in Boston, is one of the widest cable-stayed bridges in the world. The Bridge serves as the northern entrance to and exit from Boston. The Bridge is named after civil rights activist Lenny Zakim and the American colonists who fought the British in the Battle of Bunker Hill.”
– Governor Jane Swift at 2002 Bridge dedication. 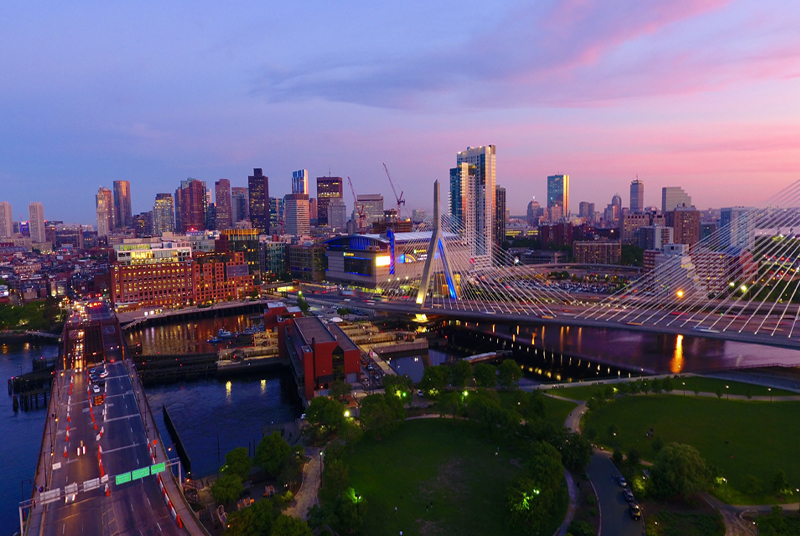 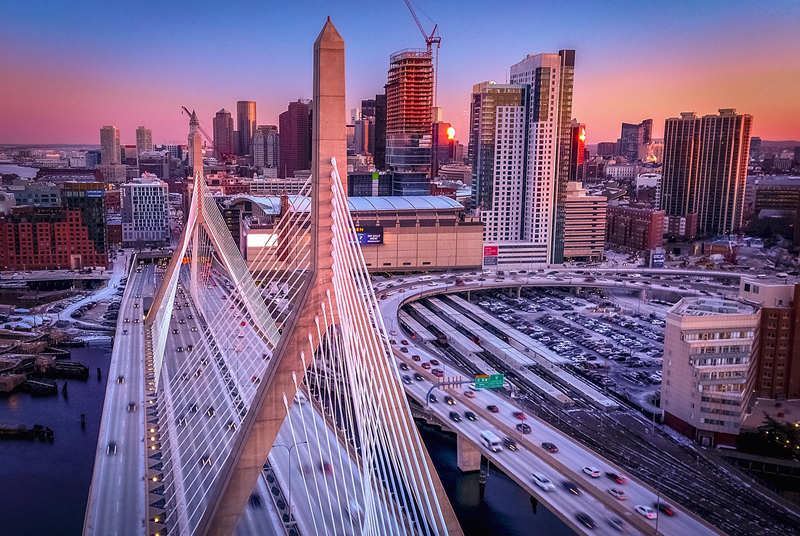 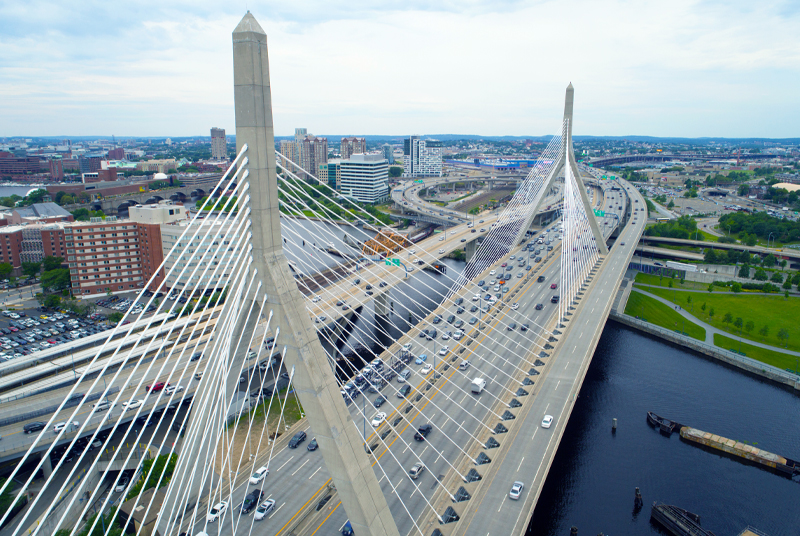 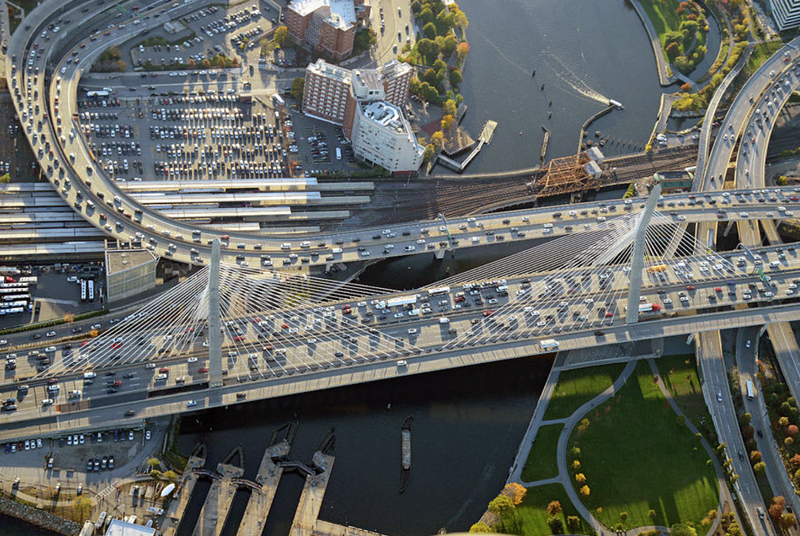 The Zakim Bridge is impressive as an entrance to Boston for drivers coming from the North and has become a New England landmark. At night, the lighting effect is nothing short of spectacular. 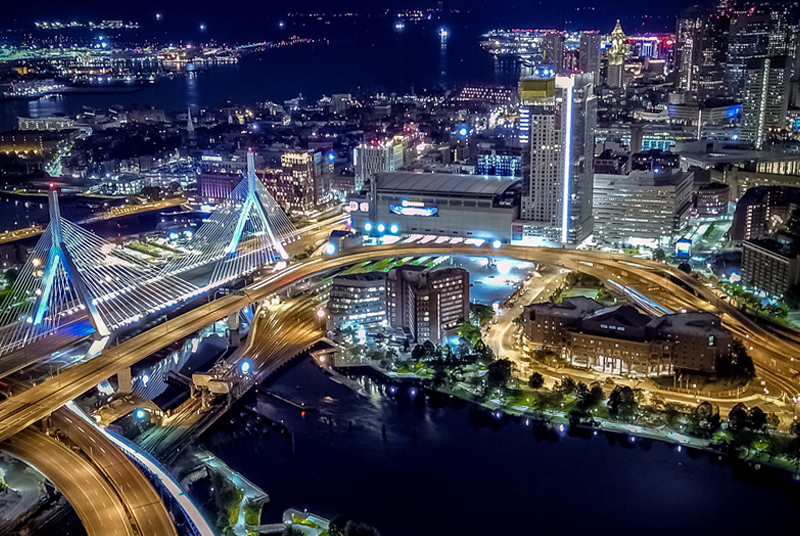 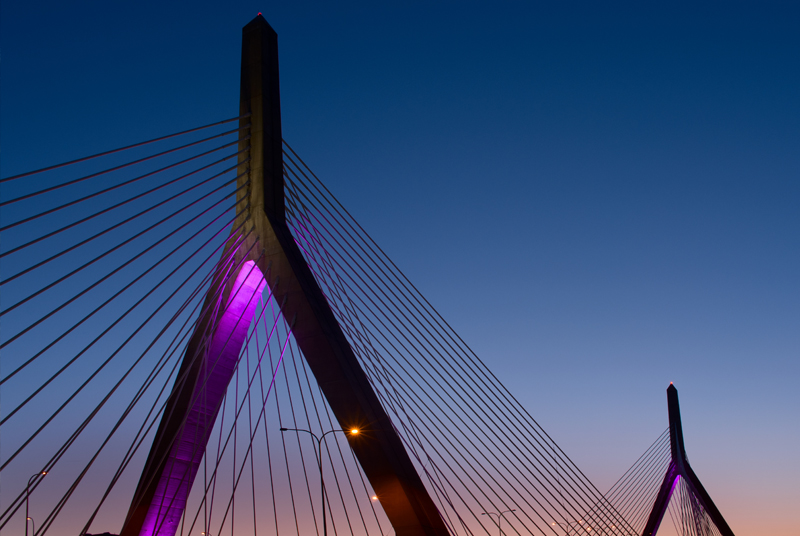 Remarks: The 10-lane asymmetrical cable-stayed bridge has been recognized as a monumental achievement in American bridge engineering and construction.

A focal point in the Boston skyline and winner of the 2004 OPAL Award from the American Society of Civil Engineers, this unique bridge has twin planes of stay cables in the 745- foot main span and a single plane of stays in the back spans. Recognized as the widest cable-stayed bridge in the world at 183 feet, the bridge carries ten lanes of traffic. The bridge is asymmetrical in both directions and is hybrid steel and concrete design.

One major challenge of this project was having to build the bridge within a busy transportation corridor, consisting of the existing I -93 highway and the Massachusetts Bay Transportation Authority’s Commuter Rail, subway, and bus systems, all of which had to operate continuously and seamlessly during construction.

The goal of the project was to update the city’s transportation system, making it safer, more efficient, and more environmentally friendly.