The I-595 corridor originally opened to traffic in 1989, coordinating the movement of high traffic volumes between the developable areas in the western parts of the Southeast Florida region with the established north-south freeway and principal roadways to the east, including I-75, Florida's Turnpike, SR 7, I-95 and US 1. However, travel demand within the corridor has increased at a pace where the long-range traffic forecasts for the current highway would be reached in the short term. 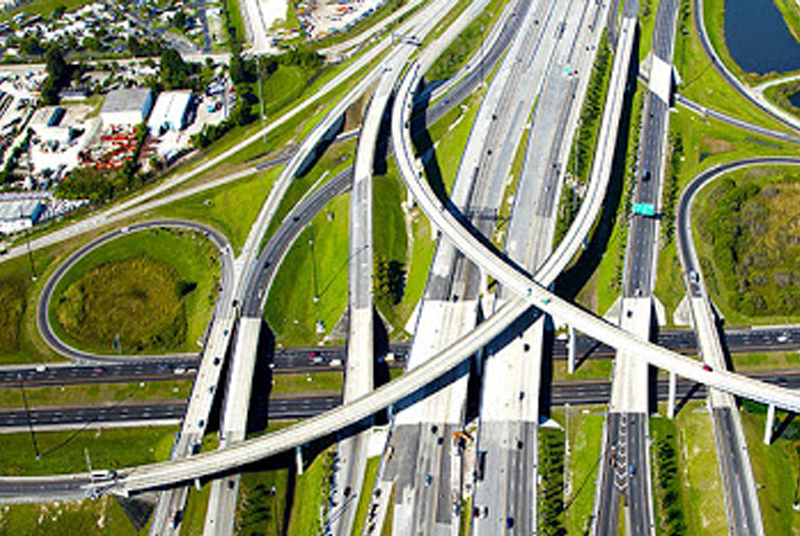 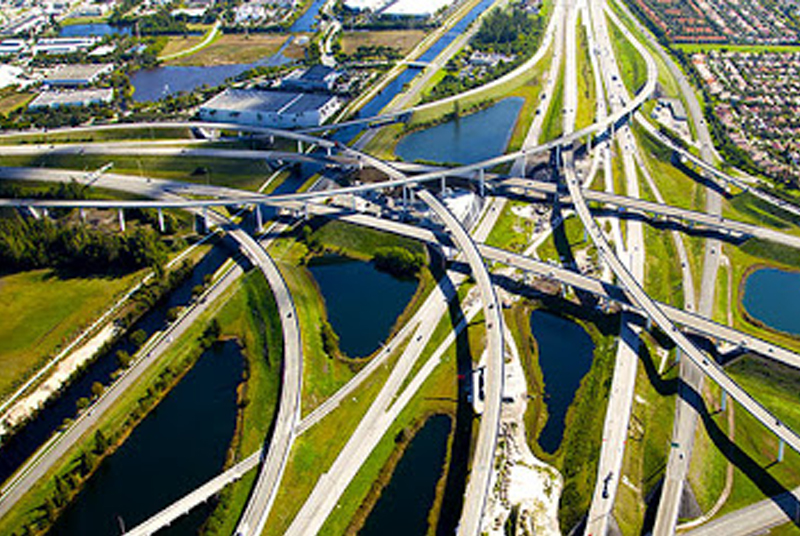 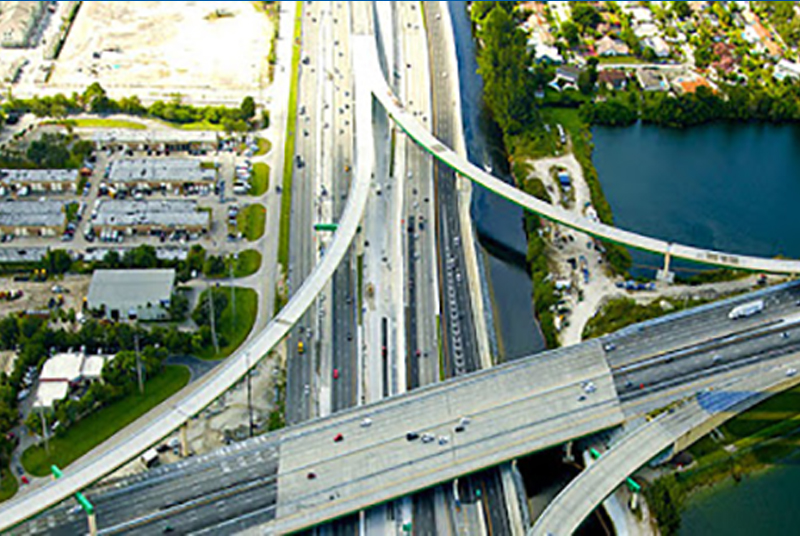 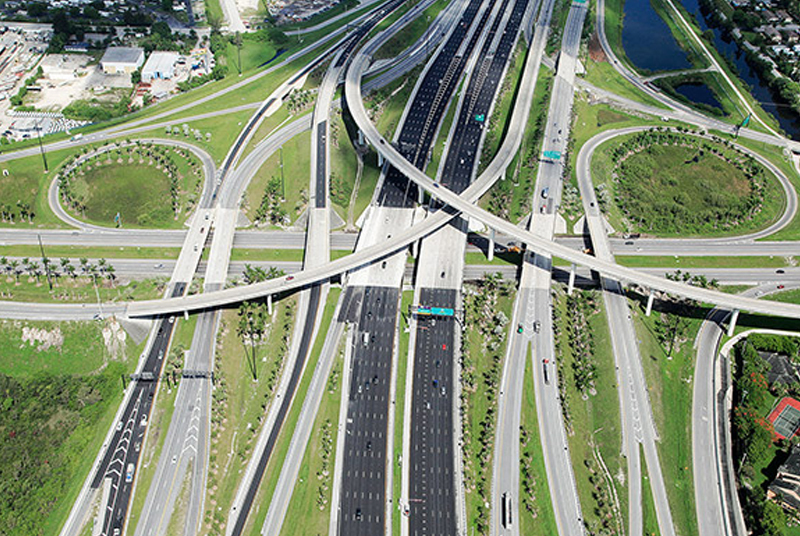 The I-595 Corridor Roadway Improvements project in Broward County, Florida will reconstruct and improve a 10.5-mile segment of the freeway corridor between the I-75/Sawgrass Expressway interchange and the I-95/I-595 interchange. Key project elements include: 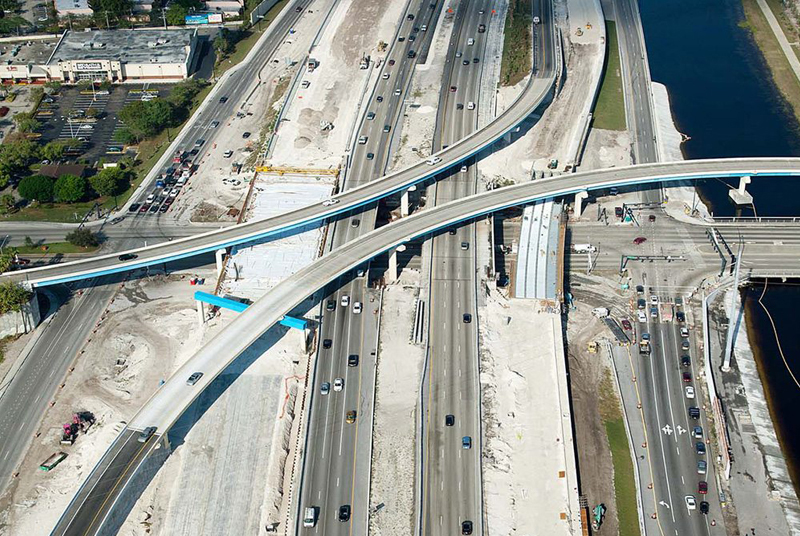 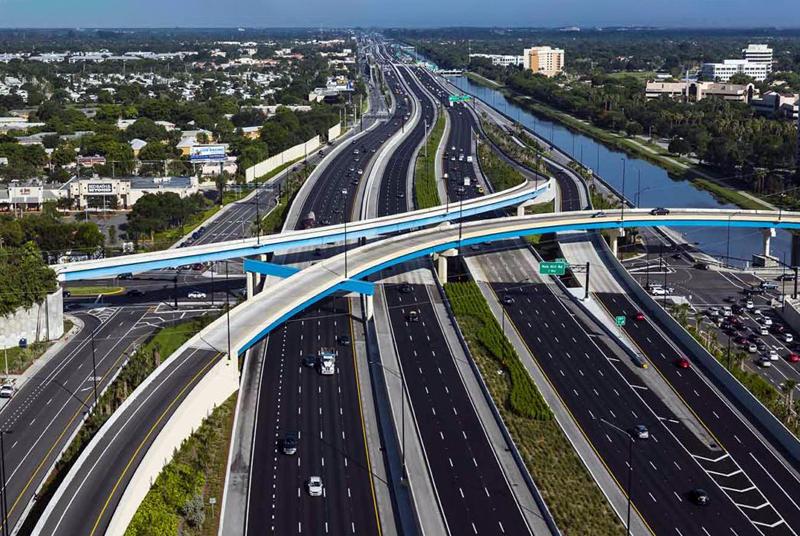 Remarks: This FICE, FTBA, and ACEC Award-Winning I-595 Corridor Improvements project relieved congestion and created a multimodal transportation network along I-595 in South Florida.

This FICE, FTBA, and ACEC Award-Winning I-595 Corridor Improvements project relieved congestion and created a multimodal transportation network along I-595 in South Florida. Through a public-private partnership, design and construction teams completed the project on time and $275 million less than the originally estimated cost of the project. The project consisted of 63 bridges and over 70 lane miles of construction. With reversible express lanes, express bus service, and a bike/pedestrian greenway, the project improved multimodal travel for the region.

A major component of the project is the construction of three at-grade reversible express toll lanes known as 595 Express, serving express traffic to/from the I-75/Sawgrass Expressway from/to east of SR 7, with a direct connection to the median of Florida's Turnpike. These lanes are operated as managed lanes with variable tolls to optimize traffic flow, and reverse direction in peak travel times (eastbound in the AM and westbound in the PM).

Part of the project goals also included lifting an existing 962 ft.-long horizontally curved flyover ramp consisting of 5 million pounds of steel and concrete, a total of 18 inches in a single 24-hour period. Scott provided pre and post lift bridge inspection services. The foundations for all the bridges consisted of prestressed concrete piling that varied in size from 18” to 30”.